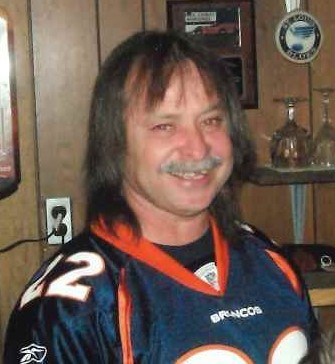 Dave was born February 22, 1961 in St. Louis, MO, the son of Richard and Minnie (McFadden) Wilhelm, Sr.  He graduated from Highland High School with the Class of 1979, where he was the first male cheerleader ever. He worked for D & L Drywall in Staunton for many years and was currently the owner and operator of D.J. Construction in Litchfield.  He married Vicki Acklin on May 15, 2015 in Reno, IL, and they have enjoyed each other’s companionship the past 7 years.

Dave was humorous and could make anyone smile.  He never sat still, constantly working on projects or tinkering with cars and other motors.  Dave played in many area bands, including Hideaway and Country Rose.  He had an infectious personality, and he always left his mark on everyone who met him.

He was preceded in death by his parents; sister, Brenda Leach; and nephew, Nathaniel Wilhelm.

The family has entrusted Perfetti-Assalley Funeral Home in Sorento with arrangements.

Please visit www.assalleyfuneralhomes.com to share memories of Dave, or to offer condolences to his family.