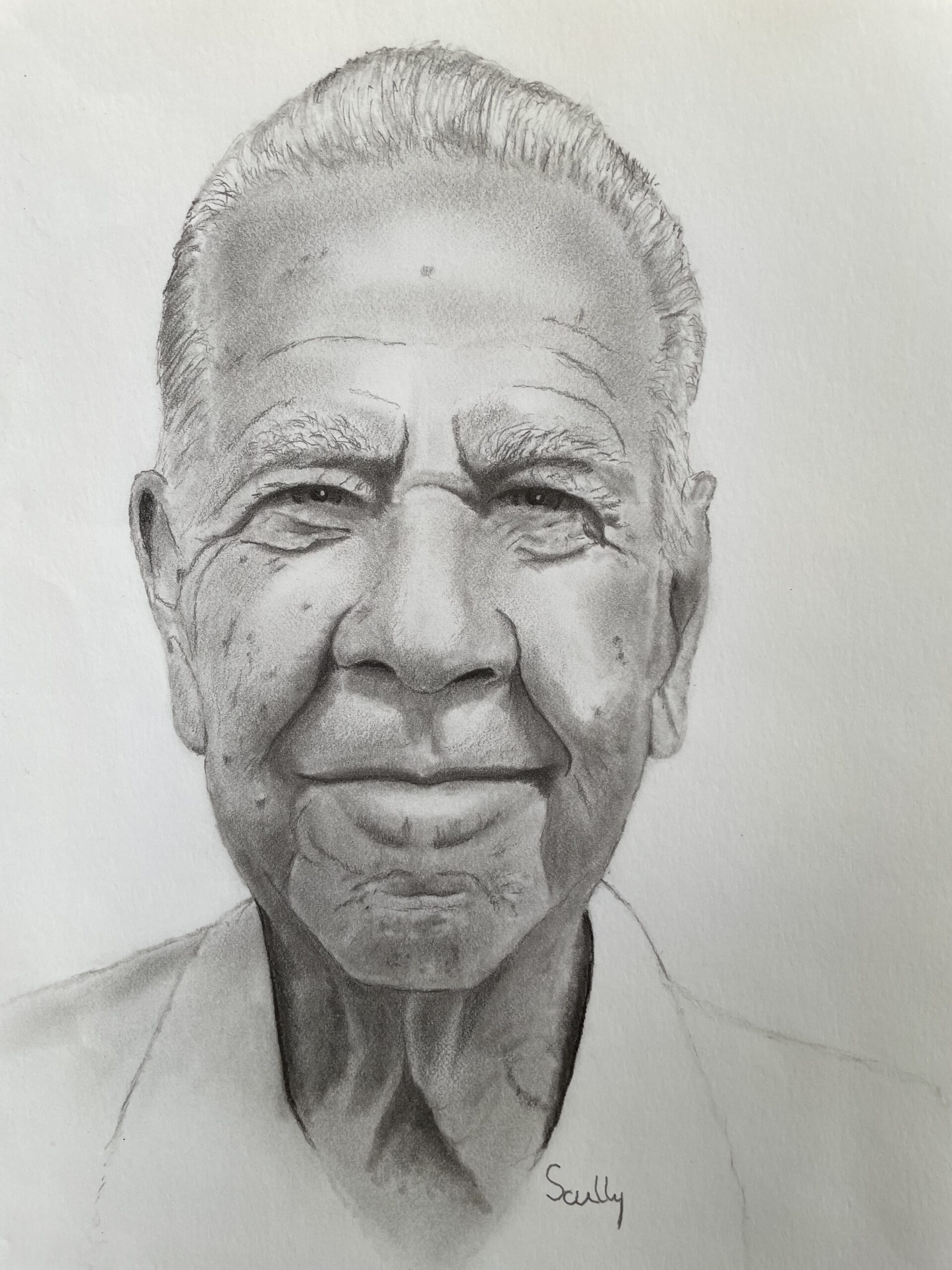 Robert “Bob” Koonce died on Saturday afternoon, April 30, 2022, exactly one month after his 99th birthday.  He was born on March 30, 1923 in rural Mulberry Grove, IL, to Theodore and Hannah (Wehrle) Koonce, and grew up on the family farm.

Bob was the youngest and last surviving member of six siblings:  Ira Koonce, Kenneth Koonce, Woodrow Koonce, Geraldine McElmurray and Evelyn Walker.  He wed Doris Breuchaud on October 13, 1945, and they were married for over 61 years, until her death in December of 2006.

Bob graduated from Mulberry Grove IL high school in 1942.  In addition to farming in his youth, he also played in an amateur baseball league, as a catcher.  On one occasion, he traveled to Sportsman’s Park in St. Louis and tried out for the Cardinals, where he “could hit but wasn’t a fast enough runner” to make the team.

Meanwhile, he continued to farm in rural Mulberry Grove until 1947, when, at age 24, he became the owner-operator of Koonce Standard Service in Greenville.  He later worked in sales at Ross Edwards car dealership in Greenville, and in the early sixties became the proprietor of the Bel Air Motel at the junction of IL Rt. 127 and Hwy. 40, south of Greenville.  In later years, he owned the Uptown Motel in Greenville and was a Teamster, until his early retirement in the Seventies.  At this time, his avocations included maintaining and selling golf carts and serving as greenskeeper at Greenville Country Club, where he had been a long-time member.

His other passions, besides golf, were watching all sports on TV, especially his Cardinals.  He probably attended at least 100 Cardinal games in his lifetime and at one game, caught a foul ball.  He was still able to watch the first few series of the current 2022 season, and remarked, “I wonder how old you have to get to be, to no longer be a baseball fan?”

Bob and Doris wintered in Arizona and Florida for many years, where 100’s of rounds of golf were played, much delicious seafood was consumed, and many lifelong friendships were made.

He was living independently in his own home in Greenville until 2021, where he continued to mow his own lawn until age 97.  In February of that year, he slipped on his icy driveway, retrieving his beloved Post-Dispatch, and broke his right thighbone.  After undergoing surgery and rehabilitation in southern Illinois, he moved to Park Pointe Health Care and Rehabilitation Center in Morris, IL, the town in which his daughter, Kay, and her husband reside.

A memorial visitation (no formal funeral) will be held from 9:00-11:00 a.m. on Friday, May 6, 2022 at Assalley-Young Funeral Home in Greenville.  After a brief graveside service at Mt. Auburn Cemetery in Greenville, an appetizer reception will be held at Greenville Country Club, beginning at noon.  Please drop by and hoist a glass in honor of Bob.

Please visit www.assalleyfuneralhomes.com to share memories of Bob or offer condolences to his family.

The family greatly appreciates donations made to these charities in Robert "Bob" Koonce's name.