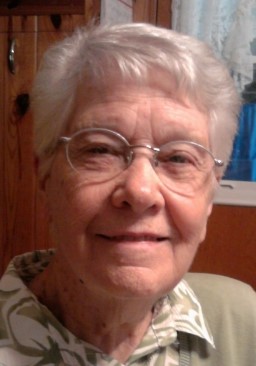 Esther Violet Henry, age 94, of Greenville passed away on Thursday, April 21, 2022, at Greenville
Nursing and Rehabilitation Center surrounded by her family.

Esther grew up in Carlyle and graduated from Carlyle High School in 1946. She attended a year
of nurses’ training at St. Mary’s Hospital, E. St. Louis, IL, before marrying Kenneth.

They resided in Cairo, IL, from 1953-1968 where she was active in social, school, and church
programs. Esther also worked for the Cairo Evening Citizen Newspaper. Esther and Ken moved
to Greenville in 1968 and she was employed by the Greenville Advocate Newspaper from 1969-
1987.

After retirement, she loved flower gardening which led to her working part-time at a local
greenhouse, traveling, and spending time with her family and friends.

The family greatly appreciates donations made to these charities in Esther V. Henry's name.