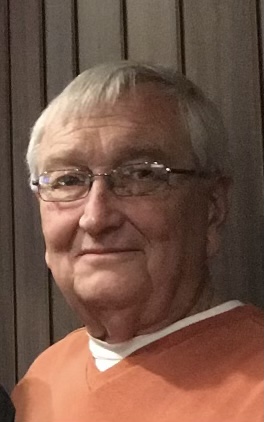 Doc was born November 5, 1946, in Litchfield, the son of Loren A. “Bill” and Gladys L. (O’Brien) Prose. He graduated from Morrisonville High School with the Class of 1964 and went on to proudly serve our country in the United States Army as a medic during the Vietnam War.  Doc married Sharon Lynn Bolen on October 31, 1970, at the Davis Memorial Christian Church.  They enjoyed over 52 years of marriage.

Doc was employed at Caterpillar for 44 years, retiring as a company man.  He was community minded, serving on many civic boards and volunteering his time and talent for many other local organizations.  Doc was dedicated to the V.F.W. Post #4495 for decades, cooking for every fundraiser, bartending at “Afterglow”, holding various positions, and serving on the burial detail until his death.  He also served as treasurer on both the PMRA board and board of directors for the Morrisonville-Palmer Fire Protection District for many years.  Doc was also a lifelong member of the 1st Presbyterian Church of Morrisonville, and longtime member of the American Legion Post #721 in Morrisonville.

He was preceded in death by his parents, and brother, Edward Prose.

The family has entrusted Perfetti-Assalley Funeral Home in Morrisonville with ceremonies.

Please visit www.assalleyfuneralhomes.com to share memories of Doc, or to offer condolences to his family.

The family greatly appreciates donations made to these charities in Larry "Doc" Prose's name.