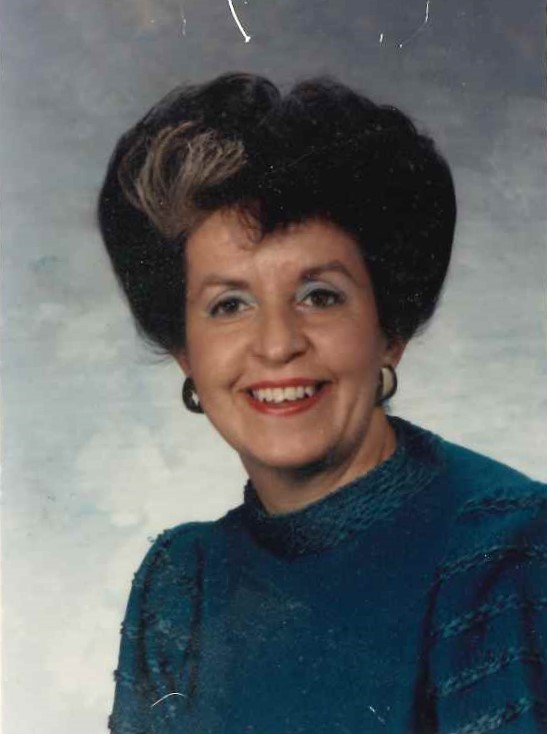 Katie Fraley – a dynamic elementary school teacher who influenced countless students over four decades in the classroom, and was an exuberant force in the civic life of the Taylorville community – has died. She was 85.

Mary Kate “Katie” Reeder was born on November 2nd, 1936, in DeWitt, Illinois, just outside of Clinton, to Inez B. and John H. Reeder, who farmed in the area. She was the youngest child and had seven brothers.

After graduating from Clinton High School, she went on to earn a bachelor’s degree in education from Illinois Wesleyan University, where she was a member of the Sigma Kappa sorority.

In 1958, she married Earl Thomas “Tom” Brandon of Clinton. The couple lived briefly in Clinton and in Shelbyville, Illinois, before moving to Taylorville, where Tom was a farm loan manager at what was then the First Trust Bank on the Square. In 1965, following Tom’s death at the age of 31, Katie worked to earn a master’s degree in education from the University of Illinois by attending night school in Springfield and summer school in Champaign, while teaching school in Taylorville and raising her young daughter.

In 1967, she married Taylorville attorney, Vance Fraley, who survives her.

For nearly 40 years, she taught fourth grade at North Elementary School, where she arrived every day flamboyantly dressed and raring to go. A creative and charismatic teacher, she cared deeply about her students, and she took great pride in their accomplishments in the classroom and in all stages of their lives. At North School, she was well known for directing the school’s Christmas musicals, holding an annual Hawaiian luau, and instructing students in the fine art of assembling scrapbooks about Abraham Lincoln. Indeed, after so many years of teaching students about the life of Honest Abe, she became a self-taught authority on him.

After 41 years in the classroom, she “retired,” leaving teaching but not education. She was elected to three four-year terms on the Taylorville School Board. Her vision – she always had one – was for the school district to build a fine arts center, a goal that, while not realized during her tenure on the board, is now in early planning and fund-raising phases.

Katie was an energetic fixture in many facets of community life – at the Taylorville First United Methodist Church, with the Daughters of the American Revolution (DAR), and through P.E.O., an international women’s education and advocacy organization.

In the mid-1970s, she was one of a small group of families who helped revive the tradition of hosting foreign-exchange students in Taylorville. Her initiative led the Fraleys to become the American Field Service (AFS) host family for a Swedish student, Lena Hallgren, for a school year; more than four decades later, Lena and her family in Sweden remain a part of the extended Fraley family.

Katie played piano well, and she loved to sing. She delighted in music of all kinds, and she was a presence at virtually all Taylorville music events and musicals over the years, usually nodding her head, tapping her foot, and singing along.

She is survived by her husband of 55 years, Vance Fraley, of Taylorville; daughter, Karen Brandon (Christopher Woodruff), of Oxford, England; daughter Lenee Soto of Lake Zurich, Ill.; son Derek Fraley (Melissa Fraley) of Edwards, Ill.; and AFS daughter, Lena Kolvik (Jonas Kolvik) of Gothenburg, Sweden; grandchildren Jackson Woodruff and Avery Woodruff of Edinburgh, Scotland; Samuel Soto and Nic Soto of Lake Zurich, Ill.; Madelyn Fraley and Landon Fraley of Edwards, Ill; and AFS granddaughters, Julia Kolvik of Gothenburg, Sweden, and Linnea Kolvik, of Stockholm, Sweden; a cousin, Dorothy Addison (Ken Addison) of Paris, Kentucky; many nieces and nephews; many grandnieces and grandnephews; and countless former students who have said that she was an influential figure in their education and in their lives.

She was preceded in death by her first husband, Earl Thomas Brandon; her seven brothers; her son-in-law, Rafael Soto; a niece, Joan Diaz; and a nephew, Galen Reeder.

Visitation will be held from 9:00 a.m. to noon on Saturday, November 12th, at the Shafer-Perfetti & Assalley Funeral Home in Taylorville. A funeral service and celebration of her life will follow at 1:30 p.m. at the First United Methodist Church of Taylorville, with burial to follow at Oak Hill Cemetery.

The family suggests that, in lieu of flowers, donations be made to Taylorville Public Schools Foundation, with funds directed to the new fine arts center.

The family greatly appreciates donations made to these charities in Mary Kate "Katie" Fraley's name.