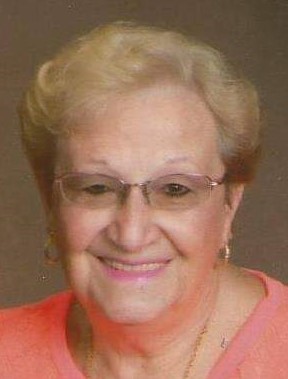 Mary was born December 13, 1944, in Hillsboro, Illinois, the daughter of Howard and Margaret (Squires) Nelson. She was a Nokomis High School graduate. She married Robert Pugh in Decatur, Illinois, in August of 1964. He preceded her in death in 1982. She married Dennis Stewart at the Bethel Baptist Church, Vandalia, Illinois, on December 27, 1985. They were married for 35 years.

Loving, caring, compassionate, and always supportive best describe Mary. She was a Christian and a member of the Columbus Baptist Church, where she was the head pianist, and became the pianist before she was even a member of the church. She was considered a mother to all and faithful to a fault. She freely gave affection and love but expected one to pay attention and adhere to decency and standards.

She grew up in the Fillmore area and moved to Mulberry Grove, after marrying Dennis. She worked at Brockway, Forsheda, Bass Mollett, and with the Bond County Probation Office for 10 years. She liked to quilt, garden, and grow flowers. She was very into hummingbirds and yellow roses was her favorite flower.

Mary was preceded in death by her parents, Howard and Margaret and her husband, Robert Pugh.

A visitation will take place on Saturday, November 20, 2021, from 2:00 - 4:00 pm, at the Columbus Baptist Church, Keyesport, Illinois. At 4:00 pm., a Celebration of Life Service will be held to honor Mary. A private, family graveside burial will take place in Glendale Cemetery, Fillmore, Illinois,  a later date.

Please visit www.assalleyfuneralhomes.com to share memories of Mary or offer condolences to her family.