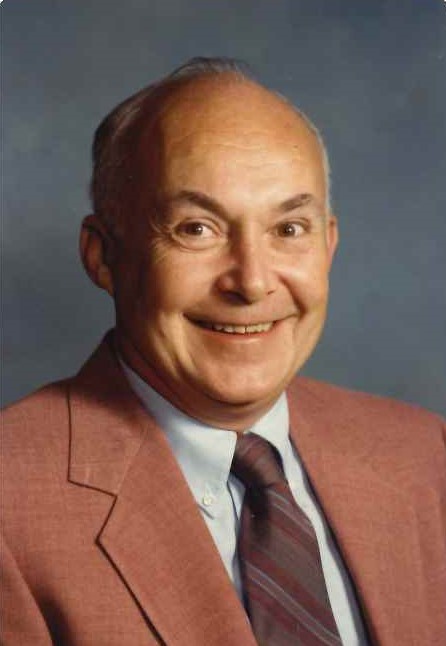 Bill was born November 2, 1933 in Streator, the son of Gordon R. and Gwendolyn G. (Shaw) Tucker.  He graduated from Streator Township High School with the Class of 1951, and went to work for Commonwealth Edison.  Bill retired as Time Keeper after 36 years of employment.

Bill enjoyed assisting with the local Boy Scouts groups as well, where he was awarded The Vigil Honor for his work with the Order of the Arrow.  He traveled to Europe many times to attend the Boy Scouts International Jamborees.  Bill was passionate about Native American history and their culture, having been adopted into a Winnebago family after their son died.  He traveled near and far to participate in various Native American Pow Wows, dances, and ceremonies. Bill also enjoyed the genealogy of both his family, and the royal family of the United Kingdom. He was a huge Fighting Illini sports fan as well. Bill was a member of St. Mary’s Catholic Church in Taylorville.

He was preceded in death by his parents; and brothers, Robert and Richard Tucker.

Bill is survived by many nieces, nephews, and friends.

Private interment will be held at Riverview Cemetery in Streator, Illinois.

Memorial contributions may be made to: Taylorville Sports Boosters, 815 Springfield Rd, Taylorville, IL 62568.

Please visit www.assalleyfuneralhomes.com to share memories of Bill or offer condolences to his family.

The family greatly appreciates donations made to these charities in William Edward Tucker's name.